This was not a fully fledged game. It was not intended to be fun. Essentially it was a tool to be used for an experiment. But still, it taught me some valid points about sound design and tasks in video games, so I thought I'd present it here.

This game was a part of my bachelor thesis, where myself and a friend explored whether or not sound could affect completion times of tasks in video games.

The game took place on a deserted island where you were supposed to collect car tires. When you collected some of those tires, it triggered a specific event that required you to do something. For example, when you collected a specific tire, the icon with your water was drained. At the same time you heard some heavy breathing in your headphones, and your task was to drink water from the well. Those tasks were timed, and the times where analyzed for the thesis. 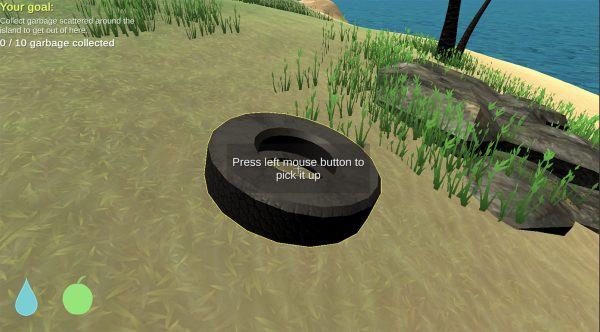 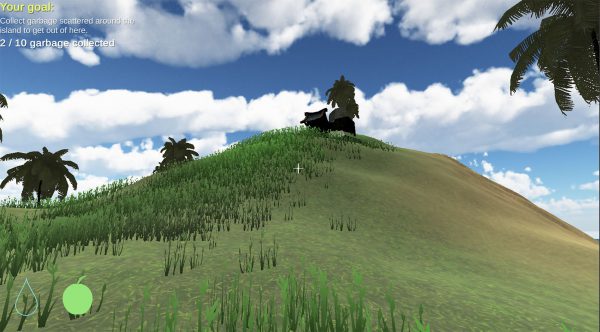 Realize you need to go to the well 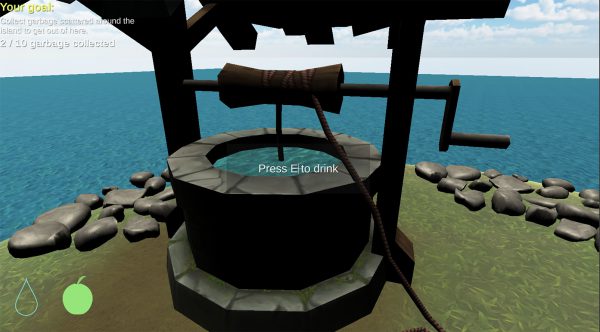 Drink from the well

I was the main developer on this project. I did all the programming, helped with the level design, I found or created the assets and I found the sounds for the different tasks. It was a combined effort to come up with the tasks.

The main thing I worked on was to get the game working, and because it couldn’t take that much time, I had to rely heavily on readymade assets. The only art I made myself for this game was the UI and the blue screen which was supposed to make you feel submerged. 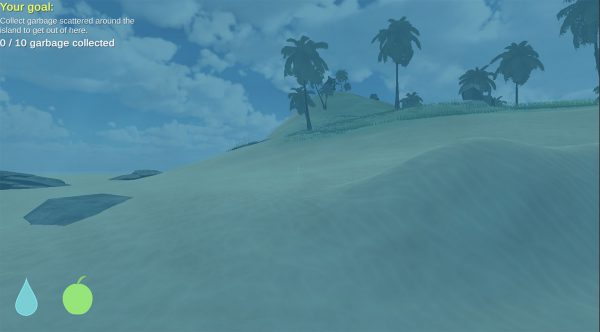 I also did the task system which made sure that something happened when you collected some tires. It also started a timer when the tire was picked up, and stopped the timer when the player had performed the correct task. All times were then saved to the users computer when the game was finished.