This iOS app was developed for a student-organized "fun"-week in my old high school that I was a part of.

The week consisted of events all around the school, so I made a schedule that showed all the important times for that day by getting the information from a REST-API I created. The app also had information about the week, a camera with “filters” (overlayed images) and a custom made, re-skinned version of snake to the theme of the week.

The schedule of each day and the text on the about-page got its information from a website I created that supplied the information as JSON with a REST-API. For the backend I don’t remember what I used, but I think I used a PHP login-program and modified it so I could save and get the necessary information. 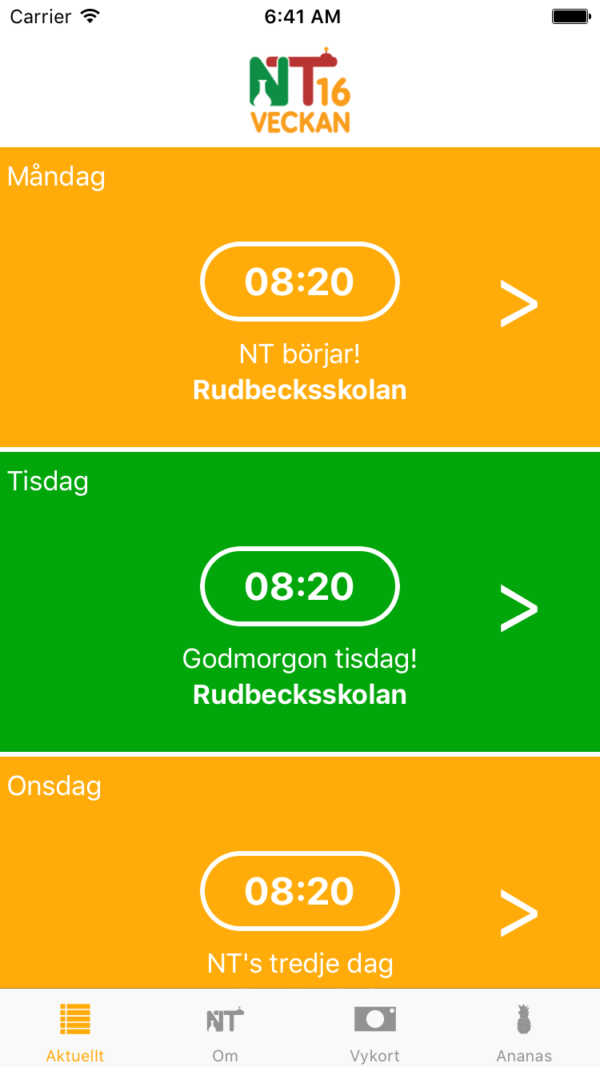 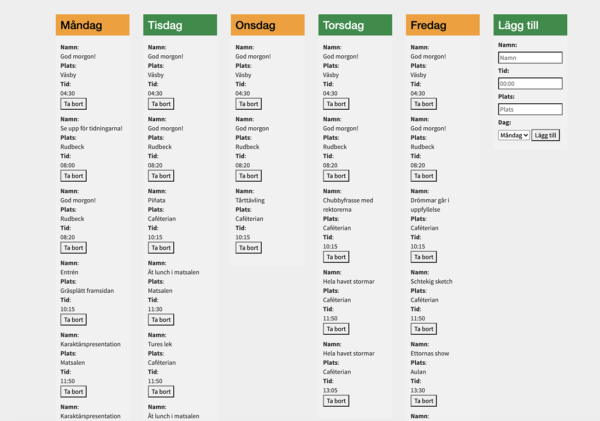 This app also had a camera with “filters”. The filters were overlayed images that was displayed on top of the camera and added to the captured image. The images could be logos, taglines or characters from the week. (This week was ended with a big show with people acting as characters. They also were dressed as this during the entire week. Those are the characters you could take photos with.) The idea was to emulate what Snapchat did with filters, because at this point in time those filters were not available to be custom made for an event like ours. 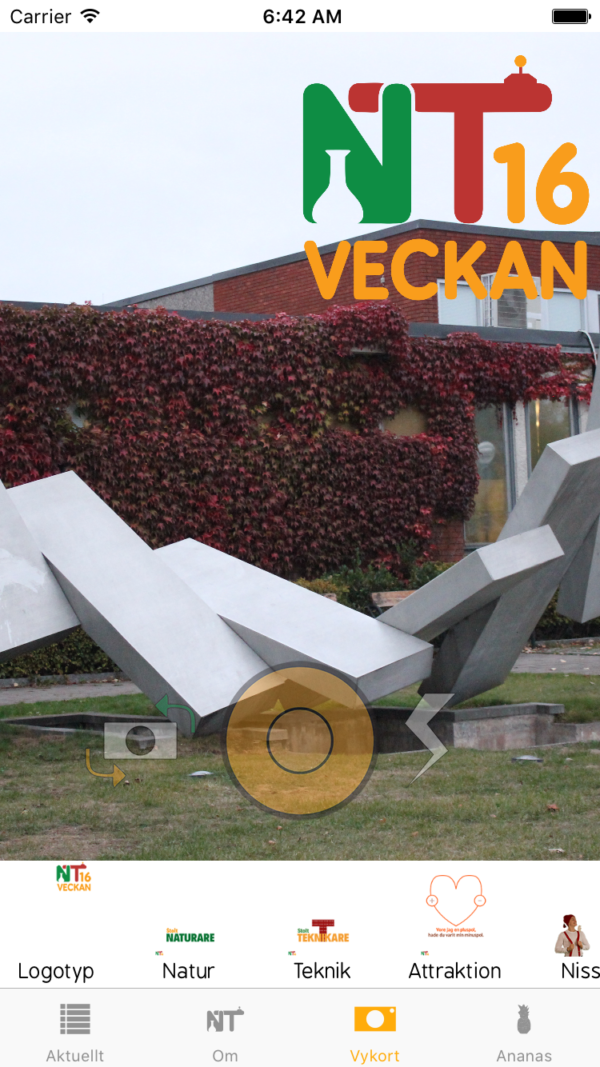 I also remade the game snake with a theme that represented a character during this week too. The game was made in SpriteKit. 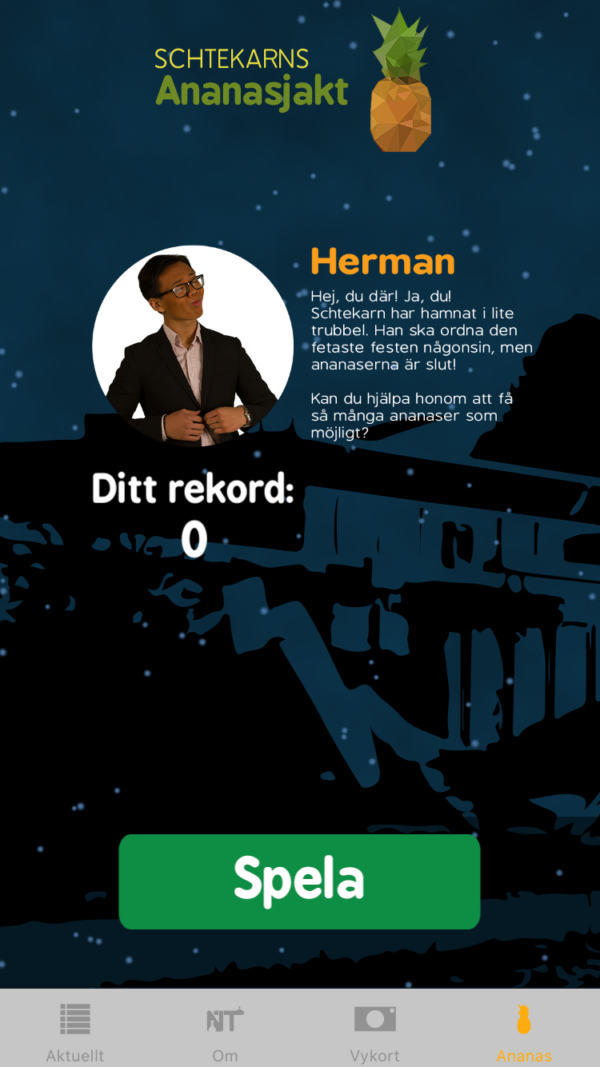